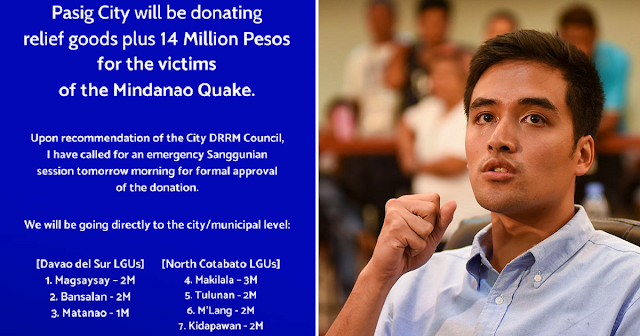 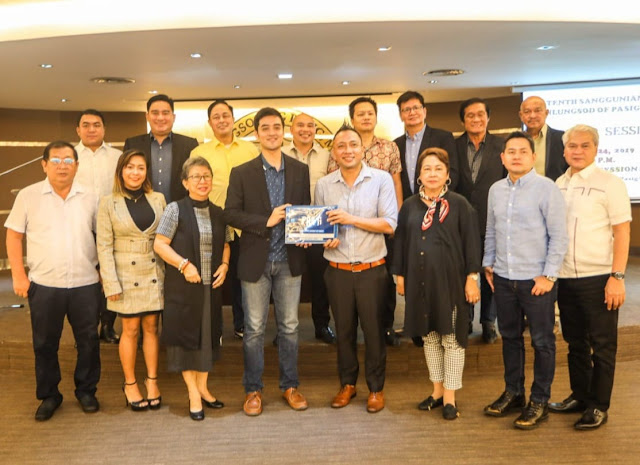 Pasig City will be donating relief goods plus 14 Million Pesos for the victims of the #MindanaoQuake.Upon recommendation of the City DRRM Council, I have called for an emergency Sanggunian session tomorrow morning for the formal approval of the donation.We will be going directly to the city/municipal level:

We also encourage everyone to continue looking for ways to help our brothers and sisters who are in dire need. 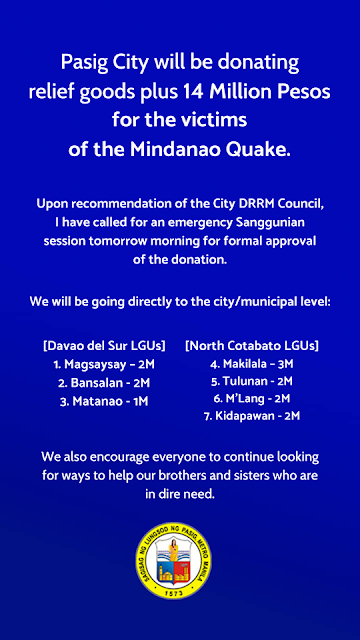 “The spirit of Christmas from the leadership of Mayor Vico Sotto and Council and the Pasiguenos. Better to be simple and yet Faith Hope and Love can be channeled thru giving to our fellow countrymen who were devastated by calamities. Mabuhay at salamat Pasig,” a netizen wrote.
“Finally some good news! Di bale ng wala masyadong xmas decors, xmas contests or pgndahan ng streets kpg pasko bsta mktulong sa kapwa. That's the spirit of Christmas! proud pasigueno here!” another shared. 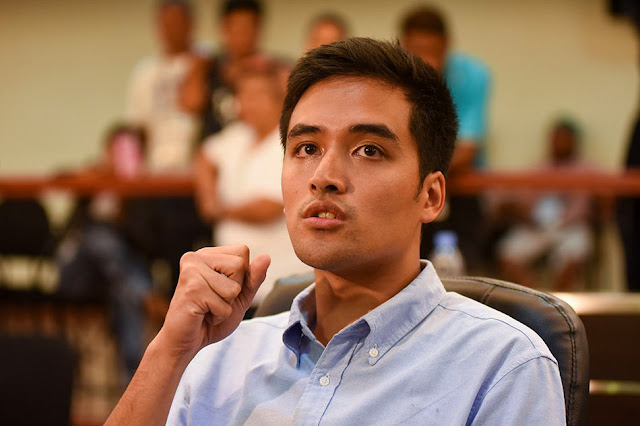