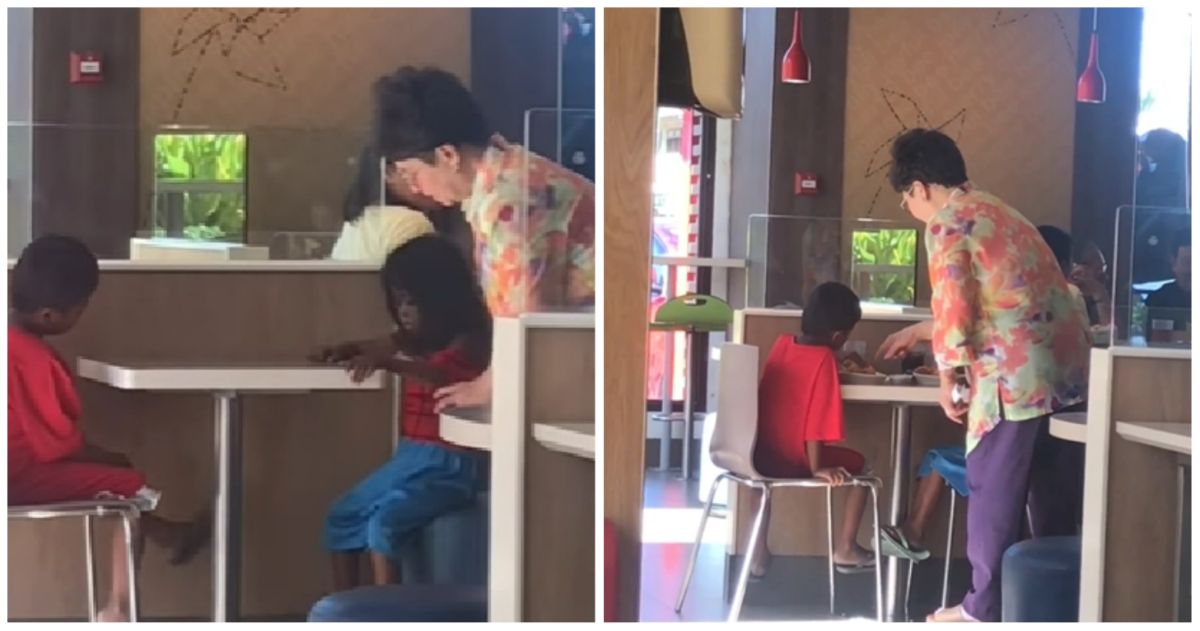 A kind woman lovingly treats two beggar kids at Jollibee, gaining netizens’ approval after another diner spotted the good deed and posted it on social media.

There are so many beggar kids asking for money or food in the streets, yet they often get ignored by passersby.

Of course, we’re not saying you should give to these less fortunate people because there’s actually an anti-mendicancy law.

However, there are also many people who have shown compassion for these beggars and provide them with food, clothing, and other things they needed – with or without posting about it on social media.

Recently, a netizen who goes by the handle “cindelleira” shared about witnessing a moment that changed her perspective and mood.

Cindelleira was in a bad mood and was feeling down because she was already hungry at 2PM. She had also been absent.

Frustrated and seeking some comfort food to feel better, she went to Jollibee for some spicy chicken. But it was an old woman who changed her mood.

She saw that this old lady invited two beggar children and treated them to some Jollibee favorites.

The move touched cindelleira who felt uplifted by the old lady’s kindness.

However, it wasn’t just the old woman who changed her mood because she was also happy to see that the Jollibee service crew didn’t turn the kids away. Instead, they guided the young ones to the wash area to clean up and get ready for the food.

After the meal, the Jollibee service crew also wrapped the kids’ leftovers so they can bring it back to where they were staying with their parents.

The old lady probably didn’t post about it on social media but cindelleira was impressed by the good deed and shared it.

The anti-mendicancy law of 1978 prohibits anyone from begging or giving to beggars. This was done to prevent the exploitation of children and infants through begging.

However, just like many laws in the Philippines, this isn’t strictly implemented.