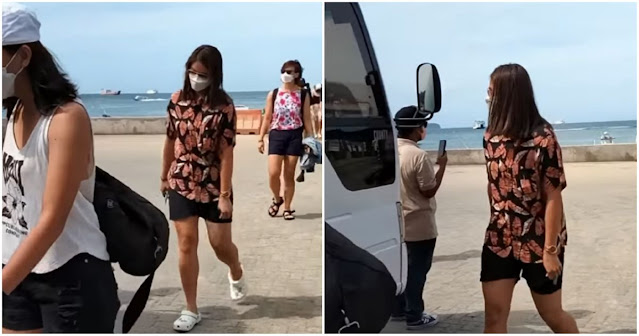 The video of the moment went viral, with many netizens and celebrities putting in their two cents.

Some are even calling Deanna and teammates out for not having manners, saying that Alyssa Valdez is friendlier to her fans.

Athletes have become celebrities in their own right, thanks to their prowess in the sports they belong to.

Deanna Wong is one of these athletes. She entered the limelight as a member of the Ateneo de Manila University Lady Blue Eagles when was in the team from 2016 to 2020. She’s the libero or setter for the team.

Naturally, Deanna now has thousands of fans, many of whom are hoping that they can meet their idol and hopefully get a smile or wave back. Some are hoping for an autograph or a photo opp – but for many of these fans, a smile and wave are enough.

Sadly, a video is making rounds on social media wherein Deanna can be seen marching towards a vehicle with her teammates, but appearing to pointedly ignore the screaming fans who were taking a video.

Even when the fans begged for them to just say “Hi!” the group continued to ignore the fans.

Not impressed by the volleyball star’s attitude, the fan (maybe now an ex-fan?) posted the video on social media where it gained traction.

Many netizens commented that Deanna’s attitude isn’t desirable – she could have just waved to the fans.

Many compared her with Alyssa Valdez.

Even Kuya Kim Atienza had a say over the matter:

As public personalities, (yes athletes are also public figures) We have a choice to inspire and show gratitude to fans who passionately support us or we can choose to stay private and give them the cold shoulder. This team should be advised that catering to fans is a responsibility, otherwise, stay out of the public eye and play privately. What an irritating yet sad sight. I hope they are advised by their sponsors to act properly in public. Back to you guys,

In response, the team’s management released the following statement: 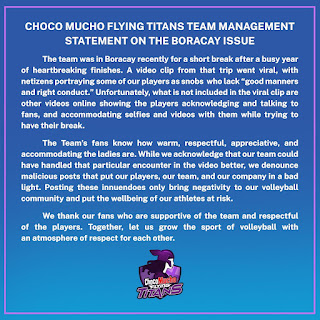