You are here: Up-daily » People » Sick Guy Heading to GMA7 to Ask for Financial Assistance Gets Enough from Kind Passengers 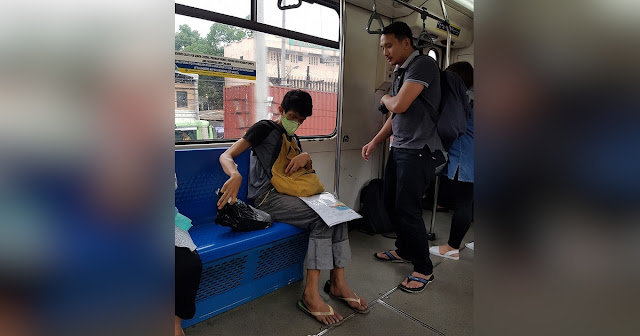 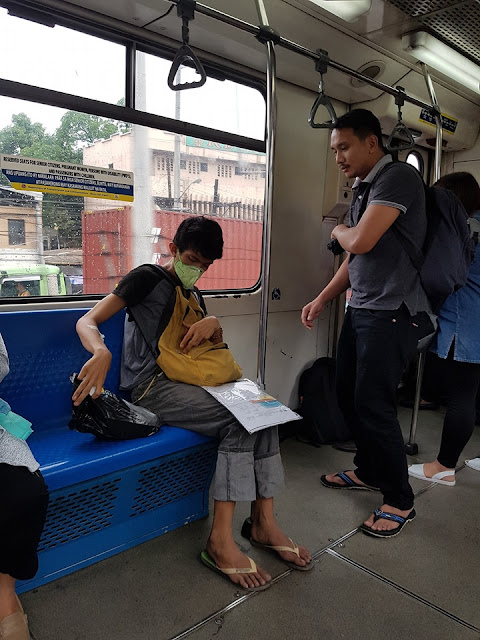 With him are his medical documents including one from Malacañan.

The guy in gray was curious about his condition as he felt pain when the train started moving, shaking. In a weak voice he was apologetic thinking he was causing an odd scene, or causing discomfort by his presence. Everyone in this part of the train carriage heard their conversation and started pitching in. P100 + P100 + P100... Before we reached the next station he had enough money for the lab test he needed, plus food and fare. The guys at the back called for a guard for assistance so he could go back to MaDocs.

Other than the inconvenience of passengers rushing into the carriage before he could alight, I say kindness is not lost.