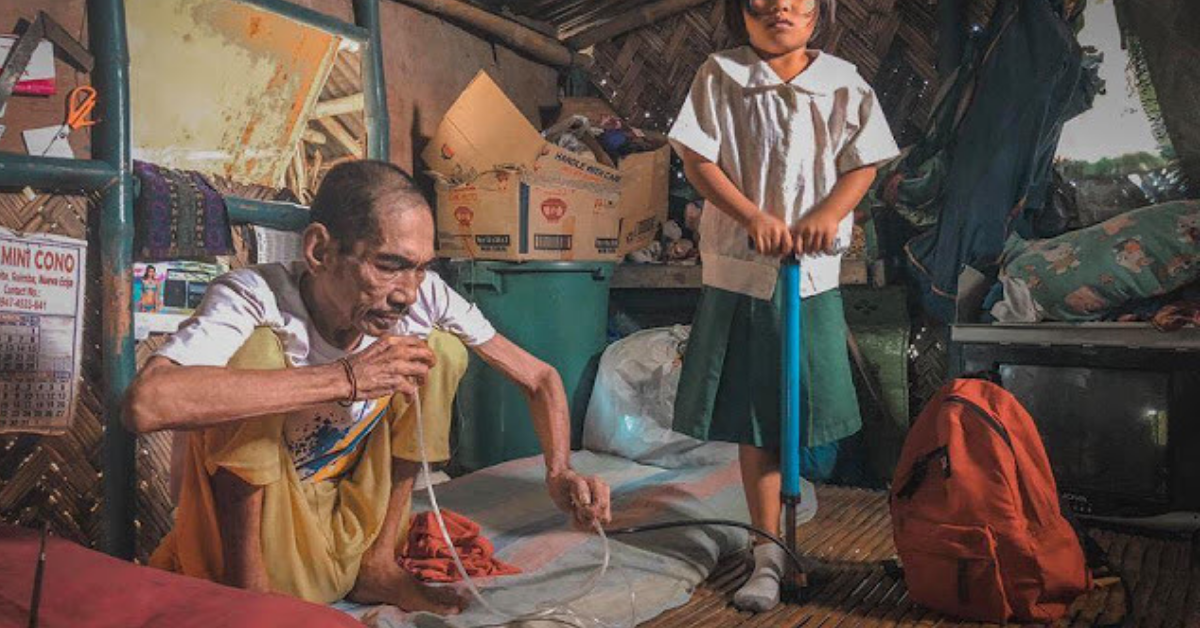 Life is not fair – that’s a fact. There are many people who are so poor that they can’t afford to buy enough food for their family. And there are many others who might be able to buy food from time to time but have no extra funds for their medical needs.

A 6-year-old girl in the Philippines impresses the world as she sacrifices her time to use a bike pump as makeshift nebulizer for her dad. Instead of playing with her friends, 6-year-old Catherine Cadiente would spend time working the bike pump so her dad could breathe. 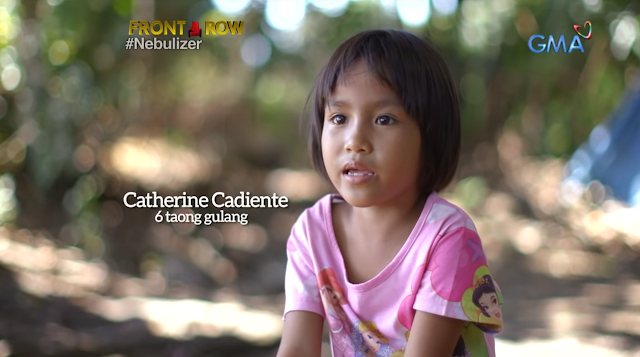 Too poor to buy their own nebulizer and unable to borrow from their neighbors, the Cadiente family was forced to convert their old bike pump into a nebulizer that Tatay Eduardo Cadiente could use every time he suffers from asthma. 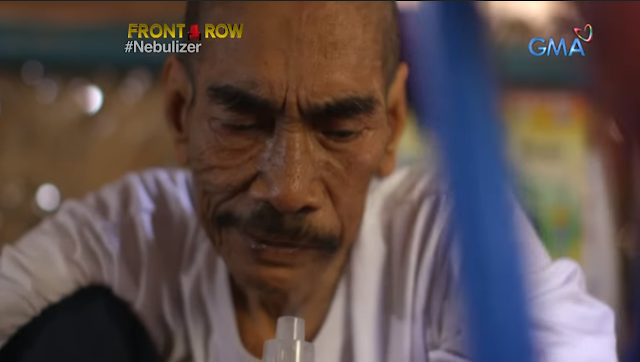 What’s worse, there are times when they have no money to buy his medicine. So, Nanay Noradia also creates alternative nebules using hot water and salt. Then, she and the children would take turns pumping this medicine until Tatay Eduardo feels better. 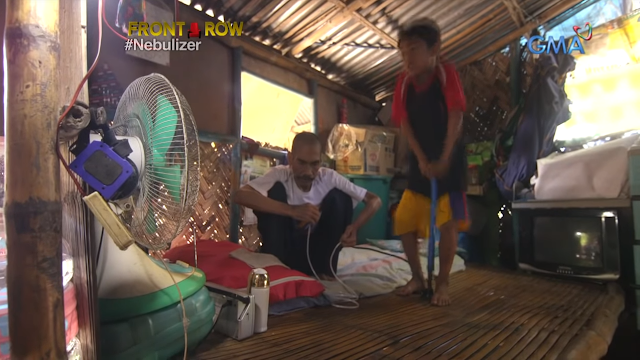 Prone to infections, Tatay Eduardo really has to stay home, away from people since he could easily contract their disease. He can’t also do any physically demanding work at home because doing so would trigger the asthma attacks again – and the episodes make his family suffer, too.

Nanay Noradia has to deal with the situation, doing all the work for the family while Catherine and her elder brother, 8-year-old Eduardo Cadiente, Jr., would take turns in pumping their dad’s bike-pump nebulizer. 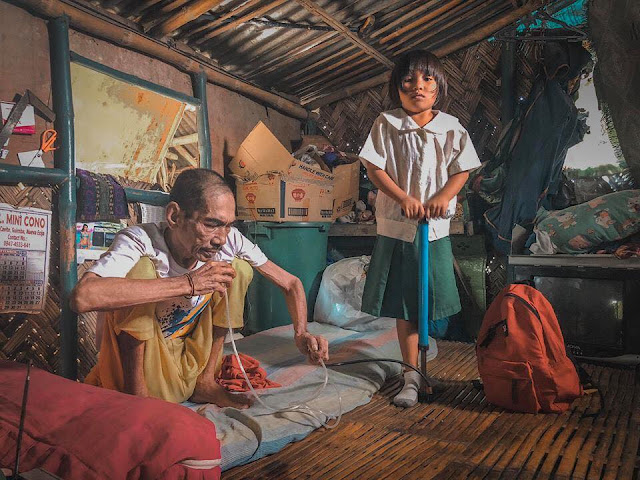