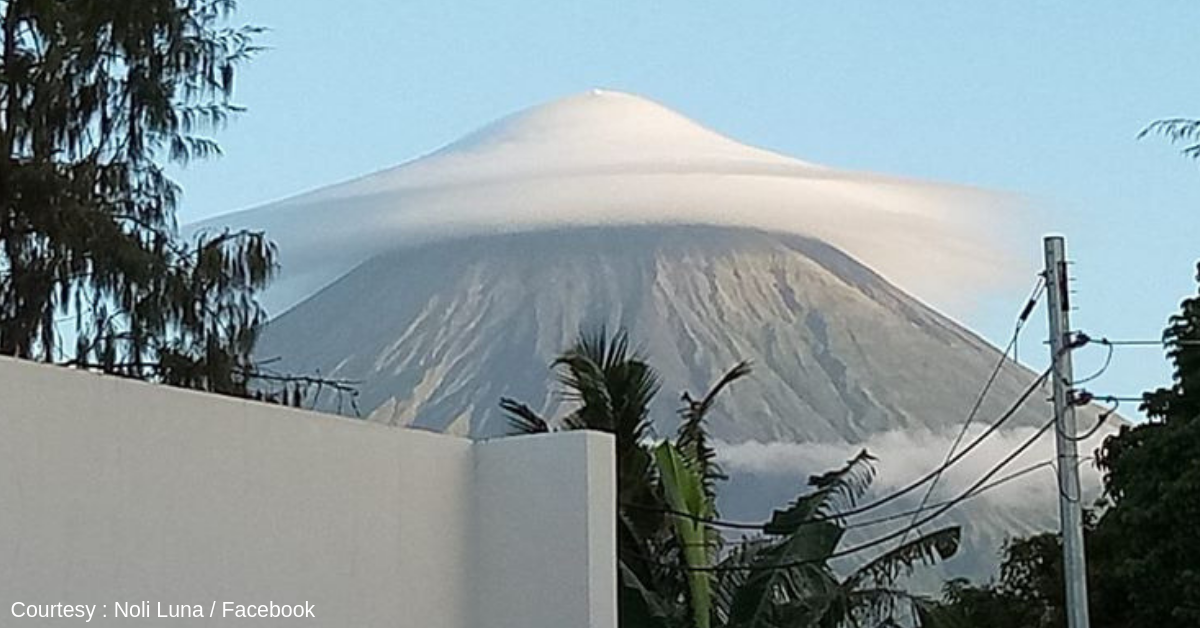 Mayon Volcano might not be the highest peak in the Philippines, but it is certainly one of the country’s best mountains, mostly because of its near-perfect cone.

An active stratovolcano set in the province of Albay in Bicol Region, the Mayon Volcano stands at a height of 2,463 m (8,081 ft). Its beauty can be seen from miles away – and this lovely volcano is often the subject of many popular photographs, thanks to its shape as well as the clouds that seem to form stories around it.

Recently, an umbrella-shaped cloud formed over the mountain, making this mountain appear to ‘hide’ underneath the cloud.

Taken at 5:30 AM last April 23, 2019, the cloud appeared to create an umbrella over the mountain, leading many people to quickly snap photos before the cloud breaks up. Netizen Noli Luna shared a snapshot which quickly went viral, gaining more than 27k reactions and over 26k shares on Facebook.

Named after the legendary princess and heroine named Daragang Mayon (Beautiful Lady), Luna could not help but caption the photo to refer to the mountain as the princess in the local legends. 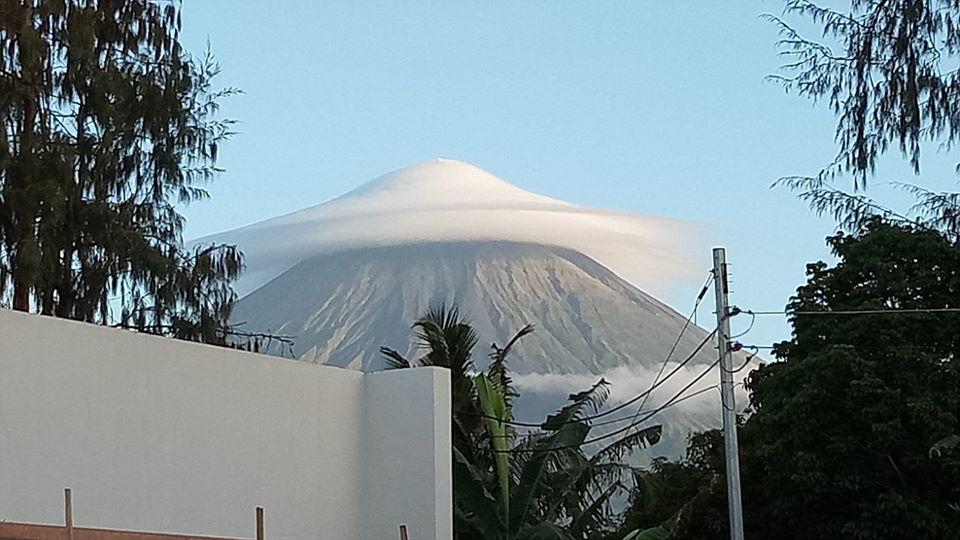 Many were sad that they were not able to witness the rare phenomenon because they were still sleeping at the time. When they had woken up, they found photos of the mountain but the clouds were no longer there by the time they were able to check.

Some are saying this could be a sign that the volcano is about to erupt again, but the cloud is not really an ominous sign but a natural weather phenomenon called a lenticular cloud. This type of cloud typically forms on or on the downwind side of a mountain or mountain range. These are formed when stable, moist air flows over the mountain, creating oscillating waves that form into these strangely shaped clouds.

Still, even with the scientific explanation, the ‘umbrella’ does look great on Daragang Mayon!