Student Cries at Graduation Day, Because His Family is Absent Again 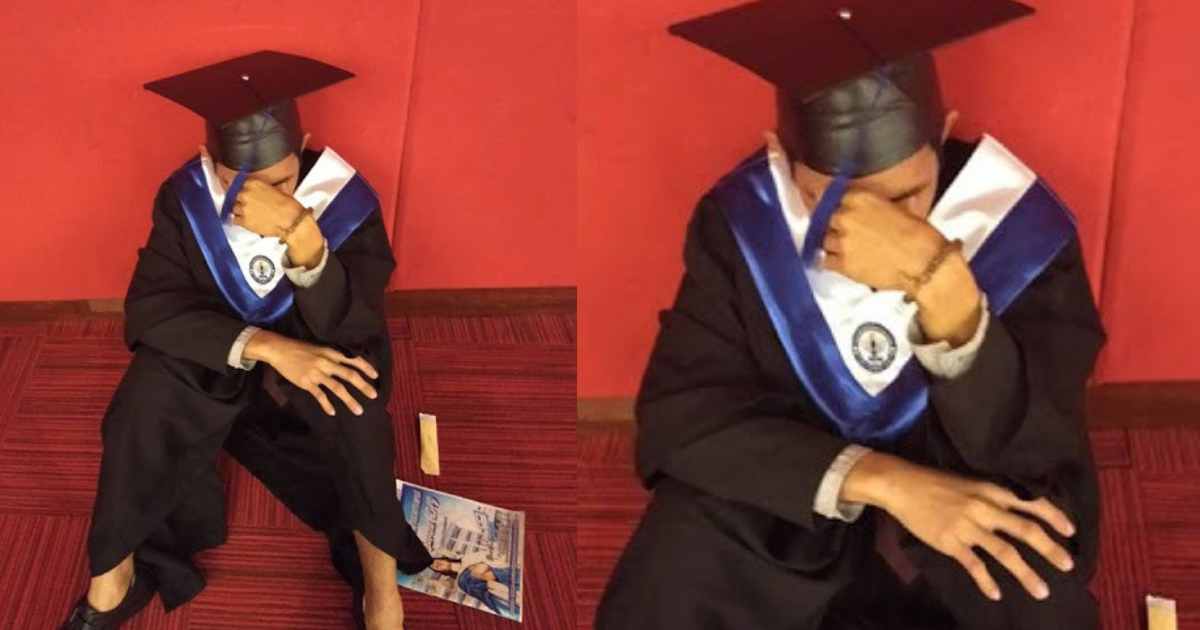 Jeric R. Rivas sent himself to college without the support of his family, but even on his Graduation Day they were absent – just like every Graduation Day he has ever had in his life.

The young man graduated as Criminology Service Awardee from his course, Bachelor of Science in Criminology at La Concepcion College San Jose Del Monte Bulacan, but this milestone in his life was a bittersweet moment for the new graduate because none of his family came to witness the moment. 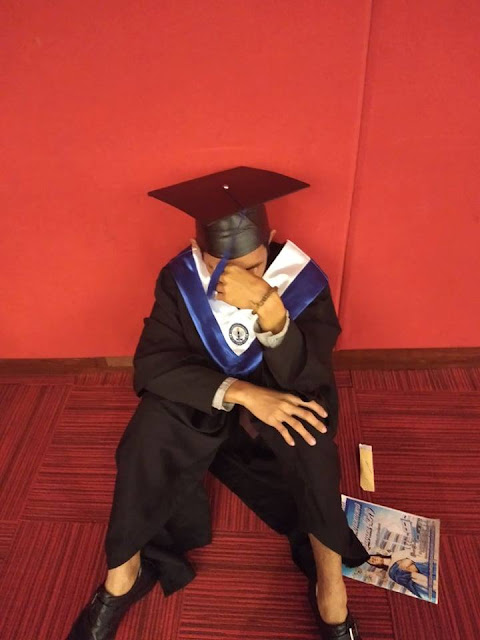 Photo credit: Jeric R. Rivas / Facebook
He should have been used to this since his family has been doing this since his elementary years, but Jeric could not help but cry as he walked on stage to accept his diploma. He didn’t think about what others might say as he cried on stage, accepting the proof of his hard work.
While everyone else had parents or family members to join them on stage, Jeric’s family was nowhere to be seen. As he cried, marching up the stage, his professors walked with him and filled in the space for his parents. 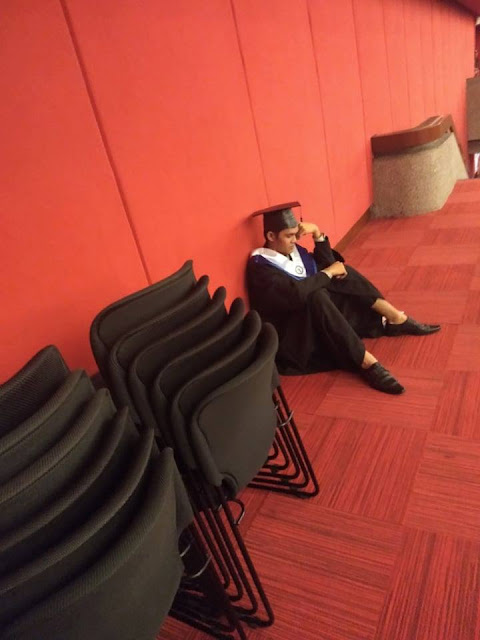 Photo credit: Jeric R. Rivas / Facebook
In his post, Jeric said that he hails from Sibuyan Island, Romblon.
He graduated as 6th honor from elementary, but his parents never even attended his Graduation Day. Hurt, he didn’t go on stage or even accept his medal. It was one of the best moments in a student’s life, yet his parents were not there. No one in his family attended.
In high school, he also experienced the same thing. He was to accept the ‘Best in TLE’ award, but his parents were no-shows on his Recognition Day; he had to ‘borrow’ a classmate’s parent to help him accept the award. The same thing happened on his Graduation Day; no one attended. 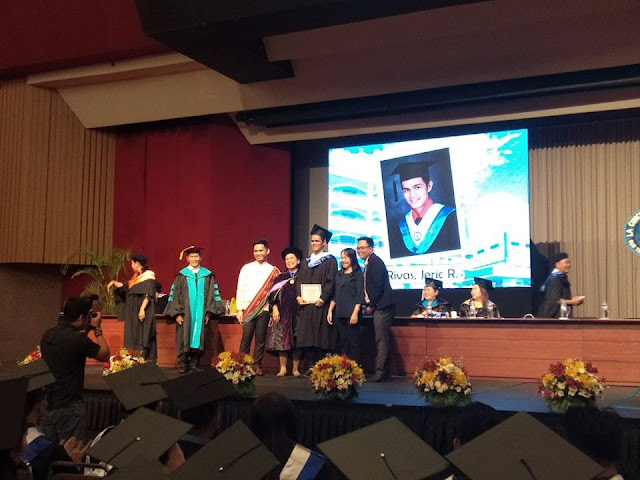 Photo credit: Jeric R. Rivas / Facebook
Seeking a better life for himself, he left their province and tried to live with his relatives in Luzon, yet not one wanted him there. He had to move from one house to another, until he found help from his professors. His teachers became his second parents, giving him money for allowance, letting him live in their homes, sharing their food with him, and helping provide for his needs.
He also worked a lot of odd jobs, just to send himself to school. He even tried working as ‘kasambahay’, just to support himself.
Last April 14, he graduated from college. But his parents were absent again. 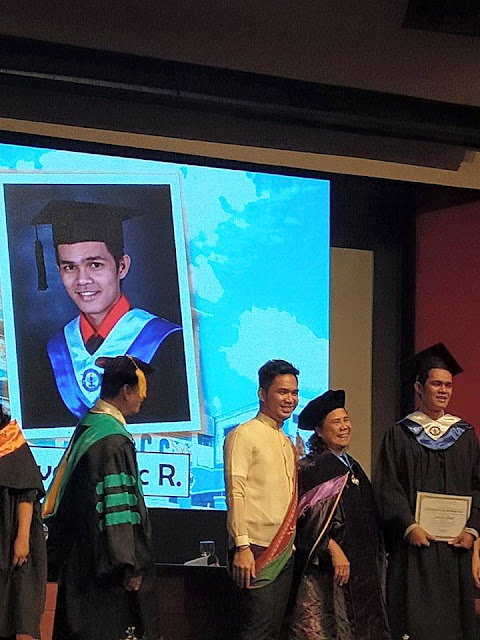 Photo credit: Jeric R. Rivas / Facebook
He tried to hold back the tears, yet they flowed freely as he saw the happy faces of his classmates and their parents. When he heard his name being called on stage, he could not help but cry harder as he hugged his professors, many of whom had been his second parents and had accepted him into their families even as he was rejected by his own.
In his post, he thanked the many people who had been instrumental in his success, but continues to hope that his parents would be proud of him…