You are here: Up-daily » Athletes Technology » Stephen Curry shows off his (Infiniti QX) futuristic car in front of his house.

Stephen Curry shows off his (Infiniti QX) futuristic car in front of his house. 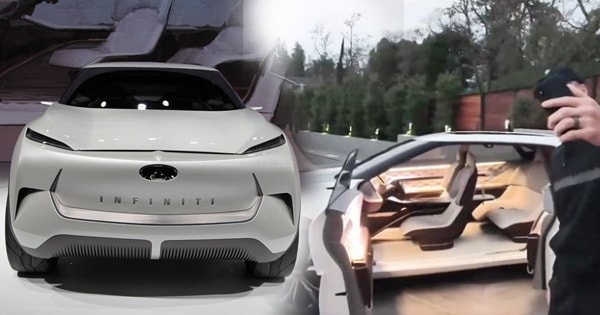 NBA basketball superstar Stephen Curry caused an uproar in social media not because of basketball but because of his car this time. The NBA superstar took a video of himself showing off his futuristic car in front of his house.


Stephen Curry reveals the Detroit auto show rolling from California by showing a sneak peek of the Infiniti QX Inspiration concept that will be launched soon. 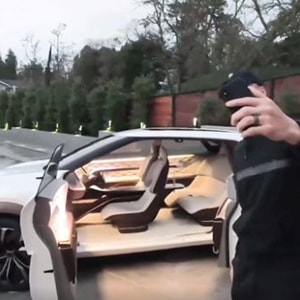 "I got a nice little sneak peek of the QX Inspiration — they brought it in my driveway. This is absolutely insane," said Curry.

"An amazing futuristic approach that looks like you're in first class in a nice airline," he added.

Stephen Curry is one of the greatest shooters in basketball history. He won two NBA Championships, a two-time NBA Most Valuable Player, a four-time NBA All-Star and the NBA leading scorer in 2016. And in the year 2016, he was named as the Associated Press Male Athlete of the Year.

Because of his outstanding achievements, Steph Curry was selected as INFINITI’s global brand ambassador.


“Stephen Curry’s drive to continue to set new benchmarks both on and off the court is an ideal parallel to the attributes of the INFINITI brand. Just like INFINITI, he never stops pushing himself. We see the same dedication every day from our team who works tirelessly to exceed the expectations of our customers around the world. This partnership celebrates a shared drive to continue to change the game,” said Roland Krueger, Chairman and Global President, INFINITI Motor Company.

Clearly, this viral video of Stephen Curry is a perfect example that social media is changing the marketing ways of businesses like auto shows. Automakers are now launching products way beyond the traditional car show.

Watch the full video below:


s/o to INFINITI for letting me check out the QX inspiration ahead of its debut at the 2019 North American International Auto Show #ad #QXInspiration #NAIAS
Posted by Stephen Curry on Thursday, January 10, 2019