You are here: Up-daily » Social Media » Foreigner who came in the Philippines became a beggar after helping Filipino friends 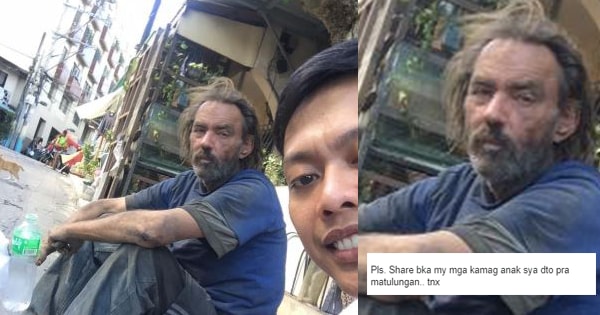 As shameful as it is, the truth is some Filipino, mainly Pinays, find foreigners to become rich. You all know it, foreigners are an easy way out from poverty to some Pinay.


This common practice is not only to be blamed to Pinay but to the foreigners as well.

Because the Philippines is a third-world country, people are hospitable, and living here is cheap, it's normal for foreigners to want to live and find a wife here in the Philippines.

While some are fortunate to find true love, true friendship and able to settle here in the Philippines, some are not. Just like what happened to this foreigner man.

Bilogzkie A. Borromeo's selfie together with a foreigner beggar went viral online. 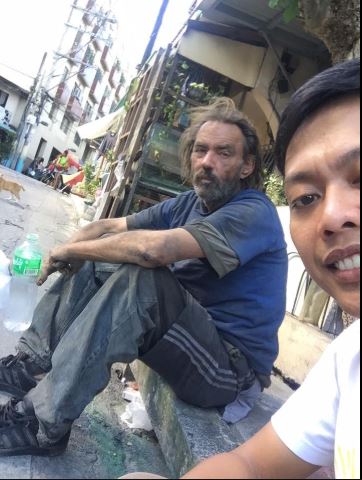 Borromeo posted a picture of himself together with the foreigner on his Facebook timeline. The post became viral with 14,000 reactions, 7,000 comments, and 40,000 shares.

According to Borromeo, he saw the foreigner outside work hungry and gave him food.

In addition, Borromeo said that the foreigner is an American and that his name is Michael. However, the foreigner could not verify his surname. Said that he was left alone and broke by the people he had helped.

Many netizens empathize with the foreigner's current situation. However, one pinpointed that Borromeo could have at least completed the details, like the place where he saw the foreigner.

One netizen commented about her lost family who's an American and named as Michael as well.

Either he did have a lost family or don't have, we hope that this foreigner may find his way back home.