You are here: Up-daily » Lifestyle » 4 Adverse Effects of Too Much Video Games on Teens

4 Adverse Effects of Too Much Video Games on Teens 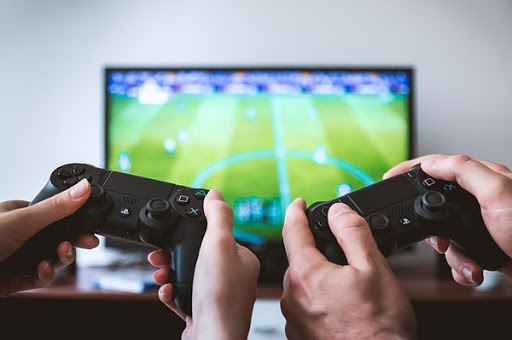 Some studies have shown how playing these games can help improve the cognitive function of the players, but everyone still needs to be aware of the effects on teens when they get to spend several hours on the screen just playing video games.

Here are the most common problems caused by too much video games on teenagers.

Some video games have violent content and because teens get too much exposure in these things, they are more likely to adopt aggressive thoughts and tendencies. It means that it is not psychologically healthy for teens to get too exposed to this very nature of video games because it affects how they think, act and even treats other people.


2. It can cause health problems.

The addiction of teenagers to video games can also cause them skip meals and lose sleep because they can hardly even get as soon as they start playing. They are also more likely to be obese because instead of actively participating in physical activities, they would rather sit down for several hours to finish their game.

Addicted video game players also don’t notice how their interpersonal relationships suffer. They don’t have time to talk and bond with the people around them especially to their friends and family because they get engrossed with what they are playing. They feel like they are in their own world and they do not give themselves the chance to play outdoors and be with other people.


4. It can cause poor academic performance.

Long hours of playing video games can also impact a teenager’s performance in school because all they think about are the games. Also, they don’t have time to study and sometimes, they even stay up late at night which leaves them exhausted for the next day’s class. As a result, their grades and performance in school have to suffer.


There is nothing wrong with playing video games and having a little entertainment. However, at the end of the day, the most important thing is that everything is done in moderation and that there should still be enough time spent on other things that matter.