You are here: Up-daily » News » Father Sold His Newborn Baby for P5,000 To Buy New Motorcycle 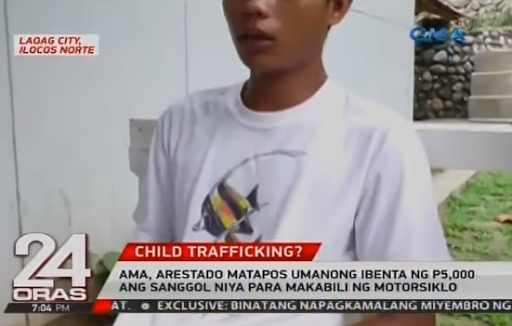 Looking at it, a lot of netizens were furious since this man obviously does not value the blessing of having a child.

The said father named Francis Palacio was from the Ilocos Norte, sold his newborn son for about P5,000 in order to have his down payment for a motorcycle that he wanted to buy. Not only he sold the baby but he also took it away from the mother without permission. 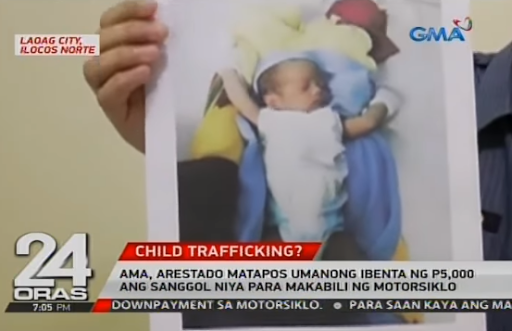 Accordingly, Palacio told his live-in partner named Lanalyn Bituin that they will be going to a hotel. While they were there, a woman named Catherine Garcia came and took the baby away from Bituin and handed over the P5000 to Palacio before leaving.

The grieving mother then tried to take her newborn baby back but Garcia gave her a warning that she will kill her off she will not stop chasing after her.

After being arrested, Palacio insisted that Bituin misunderstood everything. He said that he was not selling the baby but he was just letting her borrow Bituin along with the baby and that the money given to him by Garcia was not a payment for the child.

The father now is in prison with a non-bailable case of child-trafficking whereas Bituin was proven to be innocent of the incident so no case was filed against her. Photo/Video: 24oras Gmanews