You are here: Up-daily » Inspiring Touching Viral » You'll Definitely Cry Once This Blind Man Sings You Lead Me Lord 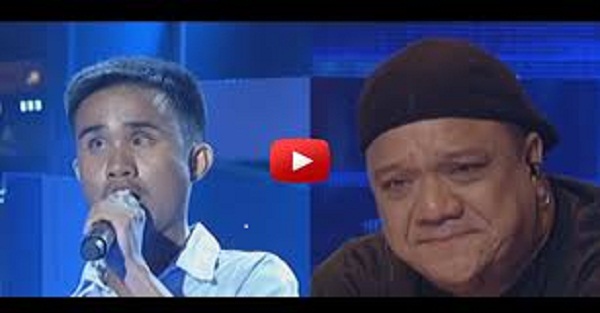 
Despite his disability, Carl represented the Visayas region superbly in the said contest and won as the daily winner when he first performed in the contest.

The brilliant singing showdown of the noontime show, Showtime is one of the challenging contests currently, with outstanding judges like Rey Valera, Yeng Constantino, Karla Estrada, Nyoy Volante and other music personalities in the Philippine’s showbiz, it’s difficult to maintain the title of Champion in Tawag of Tanghalan.

After Carl has impressed the judges on his first appearance, he continued fighting as the champion for each showdown in the contest. One thing we think that influenced his winning is his inspiring story, that despite being handicapped he pursued his dream of being a singer and finally able to participate to a national singing contest that is watched by millions of Filipinos all over the world.

Carl did prove though that he won not because of the sympathy of the judges towards his condition but his talent and personality.

He won for the 2nd and 3rd time as a champion when he sang “My Love Will See You Through” which makes him move closer to the contest’s semi-finals.


Watch his performance and be sure to feel his emotions as he sing his way to the top.

One of his unforgettable performance is when he sang You Lead Me Lord that touched not only the judges’ hearts to tears but also the television and online viewers.