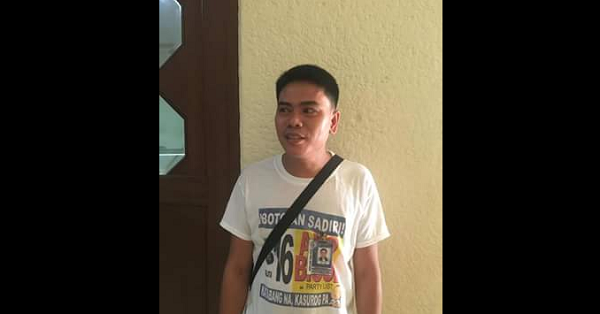 Marvel heroes step aside! Here’s a real everyday hero in our midst! Crispin Jasareno works as a janitor at the House of Representatives.

He found cash amounting to 19,500 pesos which is owned by Cebu 6th District Representative Jonas Cortes. As a thank you, Representative Cortes asked Secretary General Marilyn Barua-Yap to give recognition to Jasareno for his honesty.


But Jasareno is not to be singled out in this. He is one of the many everyday heroes that we have that we give recognition for a day but sadly forget soon after. They are the common people, taxi drivers, cleaners, policemen, vendors, garbage collectors. They prove, time and again, that it is the values that people have, the honor and respect they give themselves that even in poverty and need, cannot and will not tarnish their name in the name of money.

Such positive value that each of us should start asserting in our lives. Each of us must start to give value to values. What are we? Who are we? How are we as a human? Are we even human? Do we act as humans?

Regardless of the recognition given, it is more important to note, that in that crucial time, he was given a choice. No one knew. He could have kept the money. But he chose the other way.

Yes, as insinuated on the comments, he could have just thought that the incident could have been reported and they would have been inspected. Or that there are lots of CCTV's around and it could have caught him on record picking up something. Again, it still was his choice to return the money.

At the end of the day, it was still good versus evil. Yes, Marvel heroes step aside. As we have our own heroes to be proud of!