You are here: Up-daily » Animals Unbelievable » Dog Shot Massively On The Head And Then Buried Alive By Previous Owner 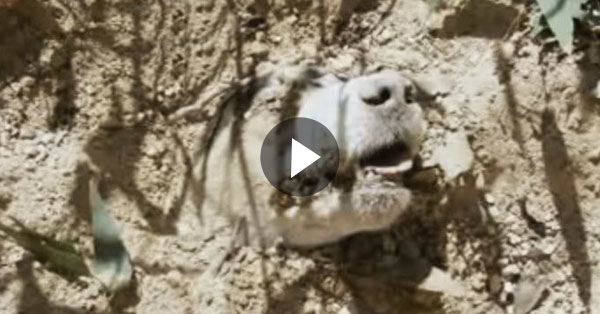 Star, a five-year-old crossbreed dog, was found by Animal Welfare Department Officers near GharFlasan almost dead as the dog was buried alive.

The officers said they heard whimpering and found her nose poked out of the soil. They then started digging and found she was shot many times and worst all limbs are tied up, later on, discovered 40 shotguns from Star’s head were found.

What’s amazing is that the officers noticed Star’s tail was wagging while she was being dug out of her grave. She was then sent to emergency surgery at Ta’Qali hospital.

Upon investigation, Star’s owner was identified with a history of animal abuse, and when asked why he did such horrendous act, he just said he did it because the dog was already old.

This caused outrage to the Animal advocates of Malta, hundreds of people showed up to protest against animal cruelty. The previous owner of Star is now being investigated and a case has been filed against him.

Meanwhile, Star has miraculously recovered from her injuries and was adopted by her new owner, Max Farrugia, who is also from the International Animal Rescue in Malta. Despite being adopted already the Animal Rescue in Malta continuously received e-mails from hundreds of individuals who wants to adopt Star, some coming from Brazil, UK, and Canada.

This can be considered as one of the worst animal cruelty ever reported. Star’s story has touched not only hundreds but thousands of individuals worldwide, signing online petitions to generate Star’s medical expenses and have the perpetrator sentenced accordingly.