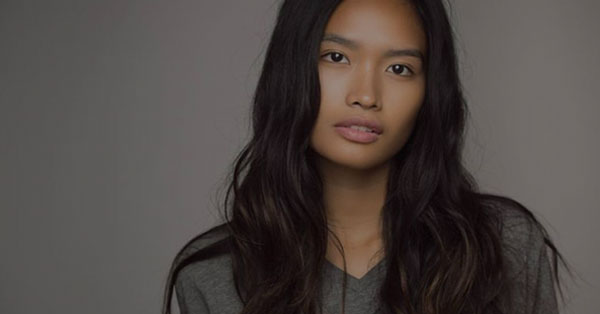 Before Pia Wurtzbach became Miss Universe, Janine Tugonon came closer to the crown than any Filipina since Miriam Quiambao.

Now, the ballet protégé and registered pharmacist is carving her own history. Tugonon has just been hailed as the first Filipina Victoria’s Secret model.


The iconic brand recently released a short video featuring Tugonon and three of its other models. The clip was an homage to students. It showed the models through different moments in the college life, with a voice over advising them to make the most of their 4 years. The 55-second long advertisement highlighted the word “Pink”. This was done to promote VS’ new line of clothes geared towards college women.

Victoria’s Secret is not by far Tugonon’s first modeling stint abroad. It is certainly, however, the most prestigious. The beauty queen left the Philippines back in 2013 to pursue both her studies and her career. Among the other well-known brands she has modelled for are Walmart and Wells Fargo. The 26-year-old is currently a talent of MSA Models, a New York-based modeling agency.

Tugonon was the 2012 Miss Universe Philippines, winning after her second attempt at the crown. During that year’s Miss Universe competition in Las Vegas, she placed 1st runner-up. Her first pageant titles were earned when she was still in college. She was UST’s Miss Thomasian Personality 2010.

Tugonon is joining the ranks of the small handful of Asians who had the opportunity to be Victoria’s Secret models. She is the first ever full-blooded Filipina to be given the opportunity -- a testament to the beauty and talent of the Filipinos.