You are here: Up-daily » Education Lifestyle Technology » Why Shouldn't You Buy A Tablet For Your Young Child? A Thai Tech Company Explains

Why Shouldn't You Buy A Tablet For Your Young Child? A Thai Tech Company Explains 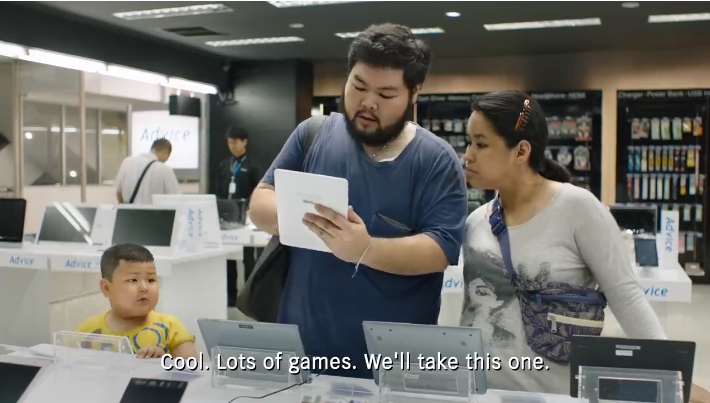 Electronics and computer stores aren’t particularly known for dishing out advice. However, Thai company “Advice” does just that. Their stores aren’t just places where you can buy gadgets and other tech stuff.


Their employees can double as life coaches, too -- sort of. At least that’s how it appears from an advertisement of the company that’s making the rounds in social media.

In the video, a couple wanted to buy a tablet for their five-year-old son. They decided on one that has “lots of games”. They were a stereotypical “modern” family -- a little on the heavy side, hinting at a keyboard-and-chair bound lifestyle.

When they passed the tablet to the salesman for the purchase, the latter asked who it was for. After finding out the intended user, the salesman put the tablet away and asked the couple to pick it up after seven years.

Shocked, the parents asked why. That’s when the salesman switched on his life-coach mode, saying that 12 is the appropriate age for a child to start using a tablet. He cautioned the parents that they should nurture the child with “tenderness and love” while young, lest he grows up to be “heartless”.

The advertisement was clearly meant to entertain and promote the sage-like quality of the store and its employees. However, it does give the viewer something to think about. The message rings true, especially in this technology-flooded world. Too bad the company is only based in Thailand -- its services (and its “Advice”) could be put to good use in many places around the world!