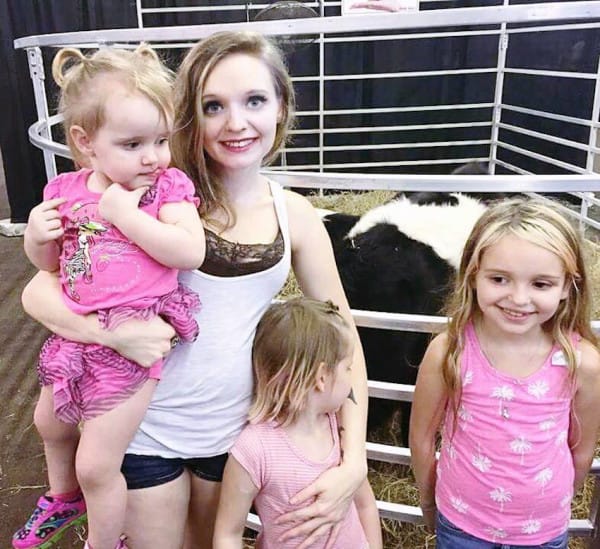 Tawny was a single mother of four little girls. Like most single parents, she had a few difficulties of her own.

Among them was an old broken-down truck that had a constantly flat tire, a broken driver’s side window motor, and a worn-out alternator belt.

The truck was farthest from road-worthy, though Tawny had no choice but to use it when she had to go somewhere (at least within the neighborhood). And she didn’t go anywhere in the truck unless really necessary.


One day she used the truck to go to a store about nine blocks out. She brought her daughters with her, and they got to the store just fine. When they were about to go back, the rain was pouring and it was after dark. As she turned the ignition, the engine sputtered and died. It turns out one of her girls had left a light on, killing the battery. Her phone was disconnected, and she had no one to call on for help.

So she did the only sane thing to do -- she asked for a jump. She spent the next two hours trying to get help from complete strangers, but no one even turned for her. Not even a shrug or a curt “no” -- it was as if she was invisible. Her children were bawling from hunger, and she was getting desperate -- that’s when she heard a knock on the window.

On the other side of the passenger’s seat was an old man with a cane and a bad limp. As Tawny opened the door, she was handed some biscuits and a plate of chicken strips. He had also called a tow truck, while his wife is on the way to take her and her children home.

But her unexpected good fortune did not stop there. The next morning, the old man returned with a mechanic in tow. As the mechanic fixed the alternator and the truck’s window, the gentleman left. When Tawny asked how much she owed, the mechanic shrugged and said the man had paid for the entire service. The payment he asked for? Never give up, and continue being an amazing mother.


Tawny said she had never cried harder than she did that morning. Her faith in humanity -- and herself -- had been restored. This is proof that in the midst of all the world’s problems, some people would dare to stand as beacons of hope.