You are here: Up-daily » News » Strung Out Man Tried to Kidnap a Girl In Victorville

Strung Out Man Tried to Kidnap a Girl In Victorville 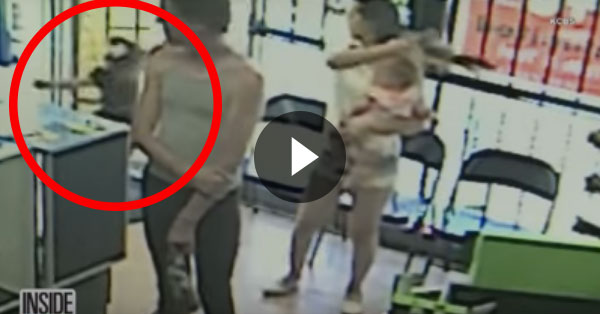 A kidnapping attempt was caught on camera in Victorville, California. In the surveillance video footage, a woman with a baby and a young girl walks into a cellphone store.

Just a few seconds later, a man grabs the woman’s four-year-old daughter and drags her outside.

The woman rushed to the door to chase the man while the girl fell and escaped him. The owner of the store and a customer ran after the suspect and held him until the police came.

The suspect, who was 24-year-old Terry Ransom from Hesperia, was said to be under the influence of drugs during the incidence.

Eric Jones, an eyewitness, said that the suspect seemed high on drugs and may have not really intended to kidnap a child. Ransom’s family was present during his video arraignment. His aunt, Merri Redd, said that Ransom, who is known to them as “Boots”, is a good man with five children of his own.

Ransom said, on his arraignment, that he was in the hospital during the day of the attempted kidnapping incident. His cousin, Drew Kelley, said that Ransom was previously hospitalized, so he was not able to remember anything besides the events that happened before the said incident.

He added that if only Ransom had been in his right state of mind during the incident, he would have not done what he did.
Kelley, on behalf of Ransom, apologized to the family of the victim.

Ransom was charged with kidnapping and child cruelty and had a bail set at $250,000.