You are here: Up-daily » Viral » Meet Kahlua, the Labrador that Prays

Meet Kahlua, the Labrador that Prays 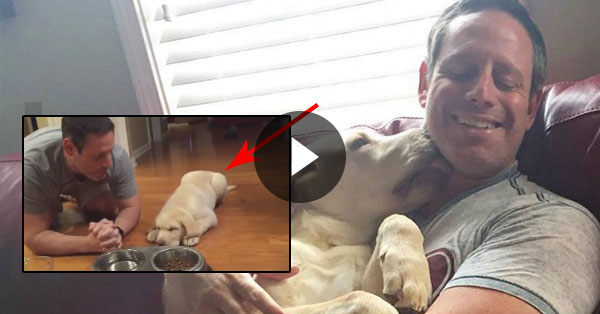 Who knew something so adorable can spark such a hostile reaction from some?

The puppy was named Kahlua, an 11-week-old yellow Labrador from Atlanta, Georgia.

In the video, the puppy was shown kneeling with his owner in front of the food bowl, waiting patiently until his owner finished a prayer. It was only then when the lively pup sprang up to gobble on the dog food.

The video, uploaded in the UNILAD Facebook page, has garnered more than half a million reactions and more than 65,000 comments as of this time. It had also been shared almost 600,000 times -- all outstanding numbers for a video around 10 seconds long.

But that is not where everything ended. Many of those who left a comment were outraged at the caption that the dog was “praying”. They insisted that the dog was only doing a “trick” the owner taught. Simply put, Kahlua was only waiting for the right cue before he can dig in.

There were those who pushed the envelope even further, saying that it was “animal abuse”. According to them, the owner “forced” Kahlua to follow his religious beliefs -- withholding the dog’s food if he does not comply.

Still, others saw reason, and mentioned that trick or not, the video should be appreciated for its beauty and undeniable cuteness. Many understood that the dog wasn’t really kneeling to pray, but the act was “a sweet thing to do”.

But no matter the debate on Facebook, Kahlua is fast growing up oblivious to the human squabble. He still rocks the Internet with his very own Instagram account, showcasing his other amusing moments.