You are here: Up-daily » Unbelievable Viral » This Woman Weighed Over 1,000+ Pounds, Her Amazing Transformation Will Touch Your Heart

This Woman Weighed Over 1,000+ Pounds, Her Amazing Transformation Will Touch Your Heart 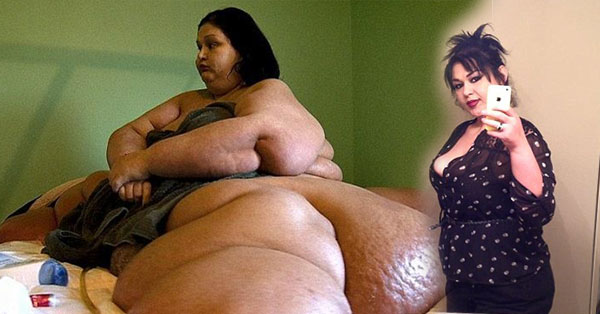 You may have known her back in 2008 as the “half-ton killer”. Back then, a 34-year-old Mayra Rosales “confessed” to killing her two-year-old nephew.

She claimed she accidentally rolled on him. She was 1,000lbs back then. In fact, it was the boy’s mother who killed him, by bashing his head using a hairbrush.

Rosales agreed to take the blame because of one thing -- she had lost hope in her life. But when her sister was convicted for 15 years in prison, she vowed to change her life so she could take care of the surviving children.

And you won’t believe how she looks like right now. Years ago, she was a bedridden person who had to live in a king-sized mattress inside the courtroom while the trial was ongoing. Now, she looked just like anyone of us -- losing 800lbs with the help of 11 surgeries and a strict discipline. She has changed her food habits, starting her path to progress.

She has also started helping others like her, who is determined but struggling to lose weight.

Not only that, she had also gotten herself a new boyfriend. Her ex-husband (during her “half-ton killer” days) had filed for divorce to be with his family. She now takes care of her sister’s children, the perfect example of a life changed for the better.