You are here: Up-daily » Lifestyle » Watch: Girl Pulls Down Man’s Pants for a Gucci Watch

Watch: Girl Pulls Down Man’s Pants for a Gucci Watch 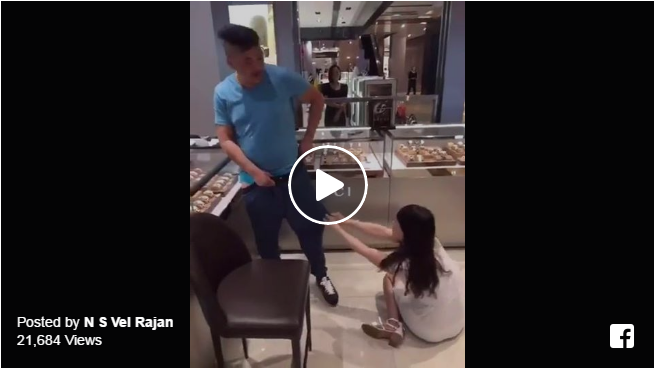 Some women are known to throw a mean tantrum, but there aren’t too many who came close to what this woman did.

A video caught a man and a woman in a Gucci store -- they were looking at an expensive watch. The two appeared to be arguing.

Presumably, the woman wanted the man to buy her the watch. He refused the woman’s pleas -- but this was one woman who really knew how to get what she wanted.

As the man turns to leave the store, the woman knew she had to get his attention. That wasn’t so difficult. She grabbed the man’s pants and pulled it down with all her weight, refusing to let go until she got what she wants.


She practically slumped on the floor, as the man tried to pull up his pants. The 18-second video ended with both of them back together at the counter, looking at the watch again. The girl apparently won.

Immediately, people have drawn comparisons between this woman and another one in China. The latter threw a tantrum after her boyfriend refused to buy her an iPhone 6s.

That time, however, it was the girl who stripped shamelessly until she was naked. It appears the woman won this time, too, as the boyfriend appeared to relent at the end of the video.
Source: Facebook | N S Vel Rajan, h/t: Elite Readers

But who do you think did it better? It seemed like the woman in the watch store got her way much faster, wrapping up her case in under half a minute!