You are here: Up-daily » Eat-Bulaga Entertainment News » Eat Bulaga joins the Anti-Drug Cause

Eat Bulaga joins the Anti-Drug Cause 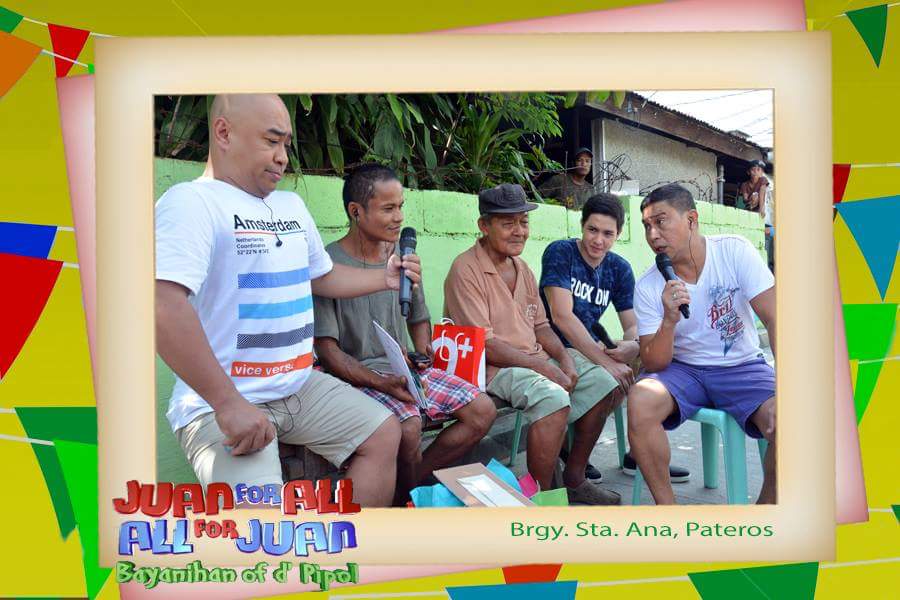 Change is coming, and it’s everywhere -- even in the country’s prime noontime show. Last July 12, 2016, Eat Bulaga took a different turn. The day’s winner for the “All for Juan, Juan for All” turned out to be a recovering drug addict.

Nixon Sape had eleven siblings and lived with his father. He was the lucky winner of “Sugod Bahay” hosted by Jose Manalo, Wally Bayola, and Alden Richards.

Winners of the segment get a heap of cash prizes and gift packages from the show’s sponsor. But today, Eat Bulaga decided to hold the release of the said prizes.


During the routine interview, the hosts noticed several slashes on Sape’s skin. The latter replied that they were self-inflicted, done during times of “boredom”. Amid jokes, Sape admitted to being a former drug addict.

According to him, he had been “clean” for only about a week. Throughout the entire interview, he refused the offer of rehabilitation several times. He insisted that he trusts himself to change on his own.

When asked, what he would want to do with the money, Sape replied that he would leave it with his father. Things got more difficult when the hosts asked the father where he will use the money. He replied that he will give it to a neighbor for safekeeping. In the end, the Sugod Bahay team decided to not give the prizes.

They agreed that the winner will remain clean from illegal drugs. Eat Bulaga has promised to check up on him every now and then to see his progress. As soon as he succeeds, the prizes will be given to him.

There has probably never been such an incentive for keeping drug-free!