You are here: Up-daily » Unbelievable » Shocking: Girl survive and rescued after Boyfriend Locked her for 8 Months in a Pit

Shocking: Girl survive and rescued after Boyfriend Locked her for 8 Months in a Pit 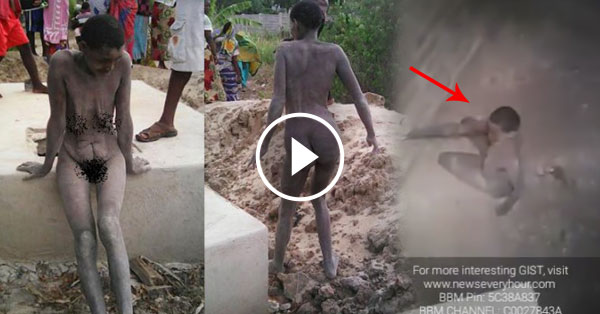 Authorities have discovered a girl who was buried for 8 months in a pit by her Tanzanian boyfriend.

Based on the reports, the woman was found buried in a hole dug out at the back of the man’s room.

Tanzanian police arrested her boyfriend who allegedly entombed her in a cemented pit. She was rescued by the Tanzanian authorities after her boyfriend's neighbors reported the said incident. She is said to be in her twenties.

When she was discovered, she looked really pale and weak. It was a miracle for her to survive after being fed with only two meals a week.


The lesson here is to know your partners well if they really love you or they only love you because of the wealth.


What this Girl’s Boyfriend Did to Her for 8 Months is Unbelievable!

The man had allegedly consulted a native doctor who gave him the idea of burying the girl.

Furthermore, the native doctor advised him to only feed her a liquid diet once a week. He did this while reciting incantations on her head.

Apparently, the witch doctor advised him to bury the person whom he loved the most. The reason behind this strange ritual is still a mystery.

The man was able to keep his girlfriend’s head undetected by keeping it underneath wooden planks and benches making her pitiful existence last for 8 months.

According to the medical reports released, the woman was diagnosed with multiple medical disabilities such as back muscles that are fused together and a depressed vertebra that was shaped on her lying position.

The girl currently needs medical assistance for her present health condition to be able to recover. Hopefully, she can cope up and live a normal life again soon.